Electrochemical Sensors for Hydroperoxides Based on Prussian Blue


Prussian blue (PB) is one of the most commonly used electrochemical mediators for analytical applications during the last decades. Its redox properties of electro-catalyzing hydrogen peroxide qualify it to be used in construction of various sensors for environmental, clinical and food analysis. In this review, the significant characteristic of PB was extensively discussed. Several methods for synthesizing Prussian blue nanoparticles (PBNPs) were also involved. A comprehensive review was given to the electrochemical sensors based on PB composite modified electrodes to monitor hydrogen peroxide and organic peroxides. Furthermore, both pH effect and stability of PB film in sensing applications were highlighted. 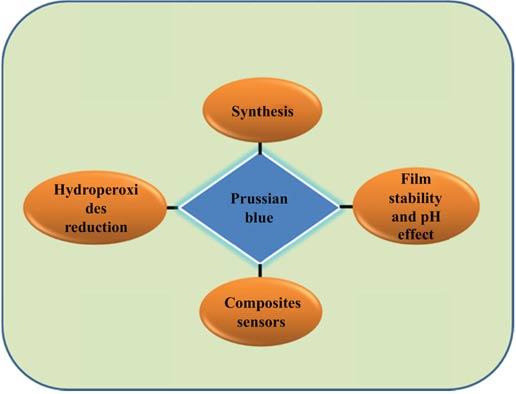