Background: Nitrite is a carcinogenic compound and can be found in water, soil, and food products. Determining the presence of nitrite has become very important in monitoring water quality and food safety.

Results: The organically modified silicate thin film prepared with a 2:1 TEOS: MTEOS volume ratio was found to be the best in terms of transparency, uniformity, and stability. The organically modified silicate thin film changes from blue to yellow when added to a nitrite aqueous solution, causing decreased absorbance of the film at 618 nm. The experimental results show that the film has a good linear response (R2 = 0.9833) to nitrite in the range of 10 to 0.1 µg. L 1. 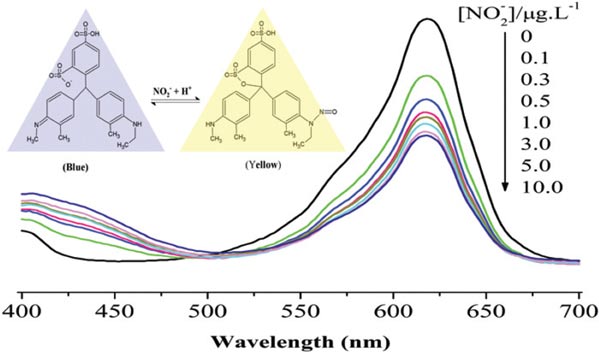